← Why Your Gift Matters 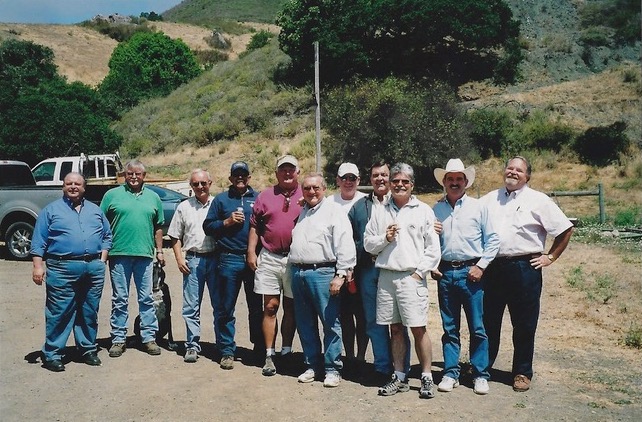 In 1982, a group of friends from Class 10 started meeting on the opening weekend of deer season for Buck Camp at Mike Phelan’s (10) cattle ranch in Cambria. “We are all cowboys and growers; let’s all gather and get together,” said Lance Brown (10). After their friend and classmate Tim O’Neill passed away in 1993, Brown felt they should not only gather as friends to honor O’Neill’s memory, but also give back to the organization that brought them together in the first place. They also memorialize other classmates who have passed: Lionel Brazil, Bill Daniell, Pete Fallini and Gary Foster (all regulars at Buck Camp). “So many graduates feel the same way we do and what a special experience this program was for us,” he said. When Brown started fundraising for Buck Camp, he asked everyone attending to make a gift. He said even those who can’t make it some years still send their donation to honor O’Neill and the friendships made because of the program. Since its inception, this group of alumni has donated nearly $50,000 to the Ag Leadership Program. Brown reflects on the weekends they’ve spent together and looks forward to this year’s Buck Camp. “These are some really special guys.”